Today I want to feature my youngest cat. His name is Mouse and we have had him for about 3.5 years....I think.

We named him Mouse, honestly, because when we got him as a kitten he had these massive ears that totally made me think of a cartoon mouse! It was only as time went on that we realized it was quite fitting for his personality too. 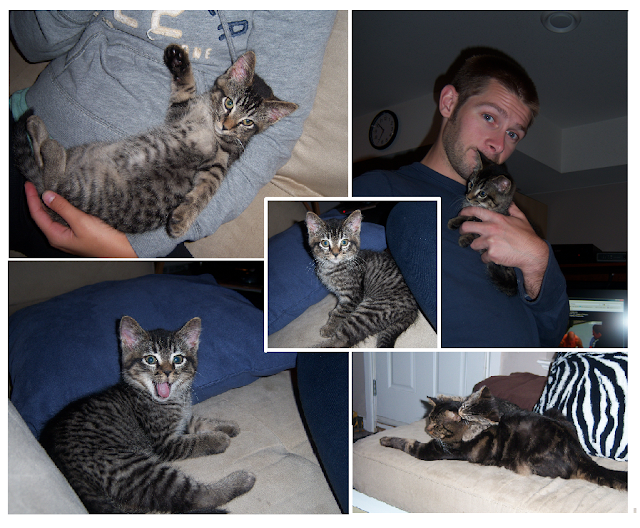 Mouse, or mouse-y (we have a habit of calling him this) tends to run, correction scurry (like a mouse), around the house with his belly as low to the floor as it can possibly get, similar to how you would expect a mouse with stubby little legs to run around.

He's also a little bit of a spastic cat. He's extremely timid (he hid in the closet for almost a week when we moved into our current place), and gets startled easily, but slowly he warms up and has actually ended up being quite the cuddle bug. He runs and hides any time we have visitors over, but has slowly started to warm up to Mark's younger brother. Most people don't even know we have two cats, because so often Mouse is trying to keep out of eye sight. But if it's just Mark and I home, Mouse has no problem venturing out and doing the usual cat stuff, strolling between our legs, and nuzzling into our hands for more attention.

I'm pretty sure he absolutely hated us when we brought Captain home. But, over time I think Mousey has come to accept Captain in to the family, and now he will even tolerate being side by side with Captain, or sitting on the couch at the same time! 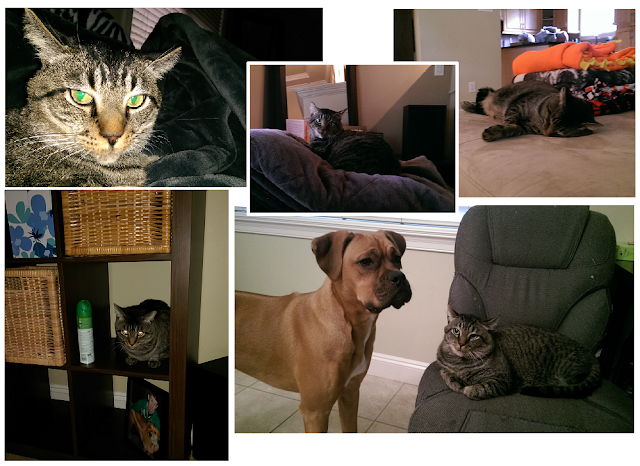 On the rarest of occasions Mouse will be brave enough to step a few feet outside our front door, but the moment even the wind blows, he is scurrying back inside. We don't mind though, we love that he is mostly an indoor cat, because it just means more time for him to cozy up with us or for him to hang out on his cat tree!

I hope you enjoyed meeting Mouse! He's probably the hardest one to catch photos of, but this definitely won't be the last time you see him!

Email ThisBlogThis!Share to TwitterShare to FacebookShare to Pinterest
Labels: Pets