Let me start off by saying sorry for not being around for the last few days. I promise I will get back to my usual late night scowering of every one else's blogs shortly.

The reason I haven't been posting much these last two weeks is because I've been on vacation! The hubby and I have been off since April 10 and we don't go back to work until April 24 (only a couple days left :( ). Honestly, I thought I was going to be all over my little blogging world, publishing posts every day with updates on the little adventures we were having, but it just didn't seem to happen. I wish I could say it was because we were off out and about running the city like crazy but to tell you the truth, it wasn't that at all. We haven't really done a whole lot of anything, other than lounging around, enjoying the fine taste of alcohol and relaxation.

We started our vacay off with some gloomy weather, but it didn't get us down at all. We spent an entire day indoors, watching old episode after old episode of Entourage, and playing board/card games. Our game of choice: Munchkin. We have the original game, plus eight expansions to go along with it. I know, I know, we're kind of obsessive! 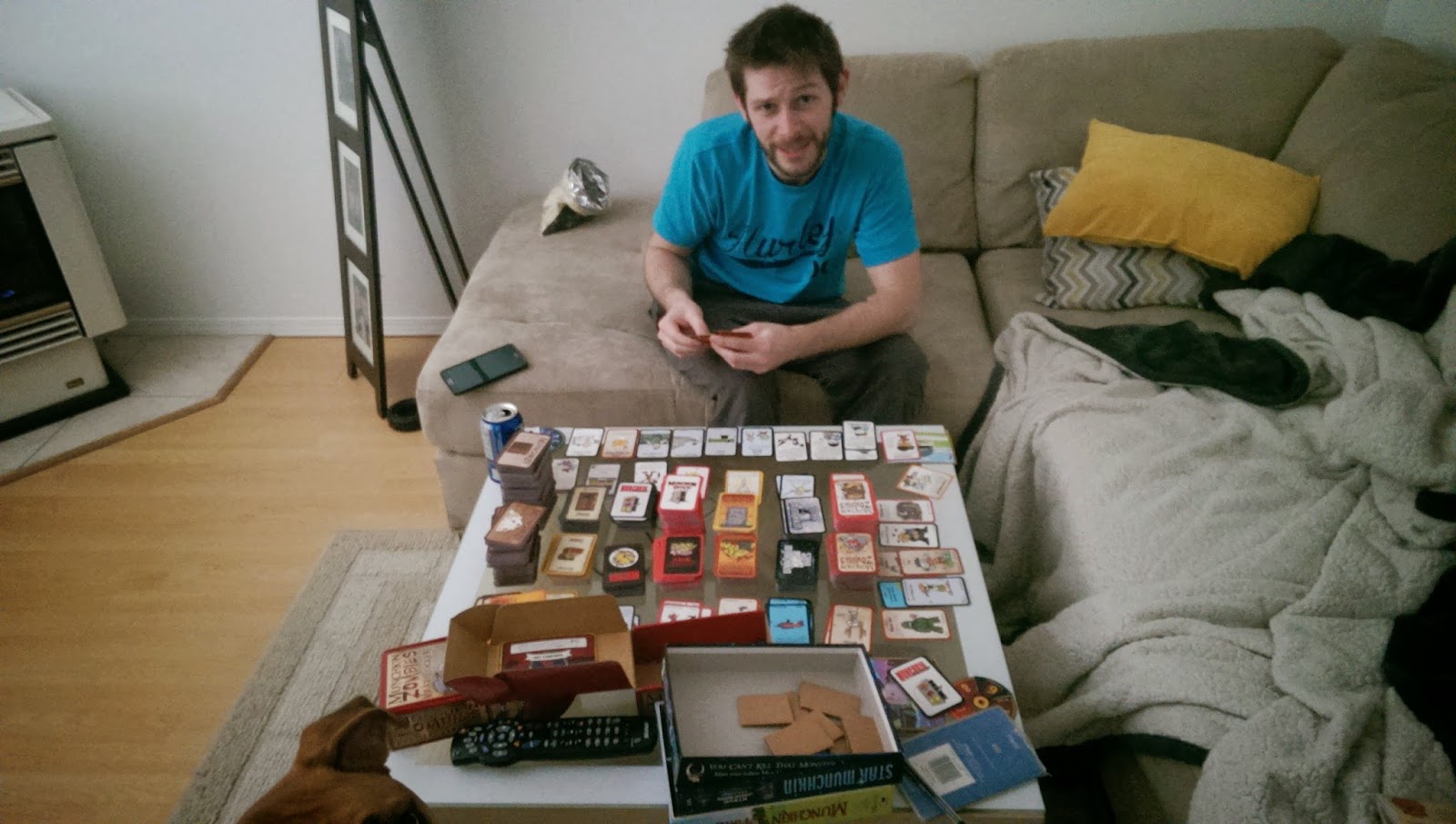 Day after day the weather totally started clearing up and we ended up doing a lot of little walks around the neighbourhood with the pup, but again, there was nothing to eventful and just an excessive amount of lounging going on. We slept in until almost 10am or even later pretty much every single day as well. When you work opposite shifts as your significant other, it's a really good feeling to finally get to snuggle in bed late into the mornings so we had to take full advantage.

On April 16th we finally had a little adventure and headed to Leduc, Alberta to visit a couple long time friends who just recently got engaged. I will be doing a separate post for that probably in a few days once I upload some of the pics (although I didn't take nearly as many as I had anticipated).

Even though we only have two days left of vacation, and considering we hardly did anything too eventful in the amount of time off we had, I am still feeling pretty satisfied. We played some volleyball, I did an MEC run, we watched some hockey and played some Mortal Combat (I beat Mark every round, hah) with friends, we did a couple dinners out, a couple breakfasts out, and just a whole lot of lounging. I really couldn't have asked for more.

How do you like to enjoy your vacations?
-Linds
Posted by Lindsay at 2:33 PM