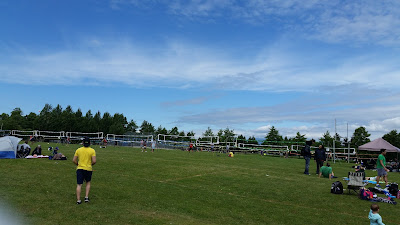 I partnered up with my friend Vanessa, and Mark played with his friend Steve.

Vanessa and I registered for the A pool, and after a 2-2 record in the round robin, we got seeded in the AA\A+ pool for the double knockout playoffs.

After winning our first playoff match in 2 sets, we then lost our next one which put us to the back door bracket. We won our first backdoor match, and then lost the match following that, which put us finishing in 3rd place in the AA\A+ pool. 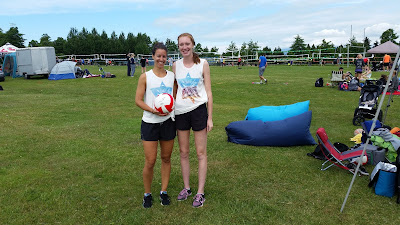 Outdoor volleyball is definitely not my strong suit, but partnering up with Ms. laid back Vanessa was probably the most fun I have had in the 6+ years I've been playing in this tournament!

Also, since the weather was a bit cooler this year, Mark and I decided to bring along Captain. He literally spent the whole day just chilling at the tent with us (we had him on a long tether). He loved all the people coming to say hey to him, and he was so content to just bask in the sunshine I think he enjoyed the day just as much as we did. 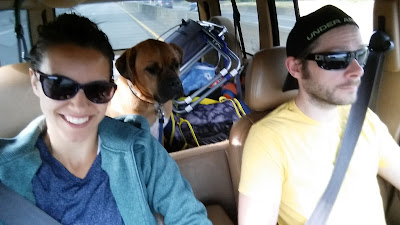 I can hardly wait for the next tourny!
-Linds