So I thought I would take this opportunity to introduce you to one of my new loves. 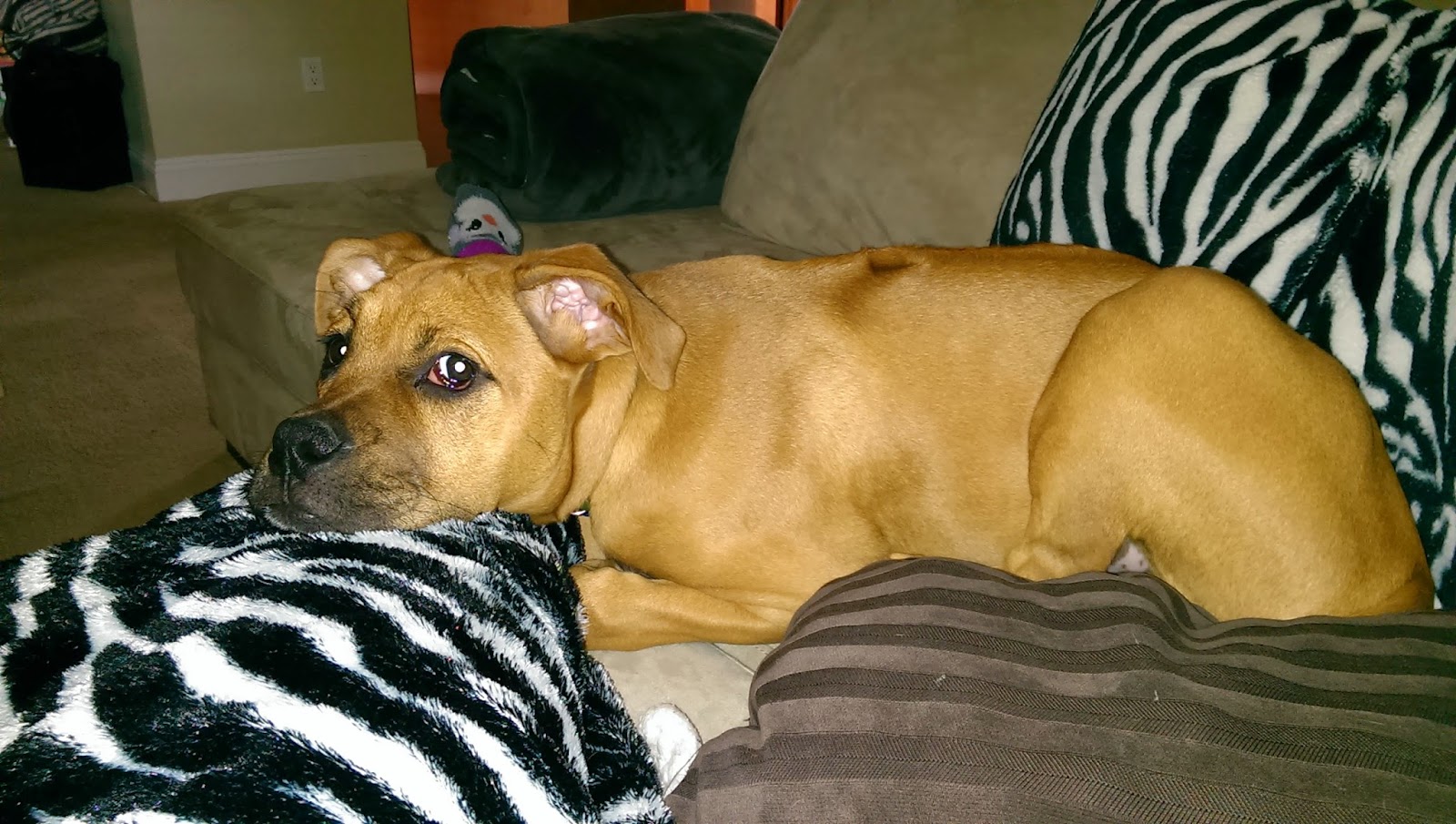 We got him back in March when he was just only 8 weeks old, weighing in at about 10lbs. Of course as soon as I saw him my heart melted and I just had to have him (can you blame me?!) 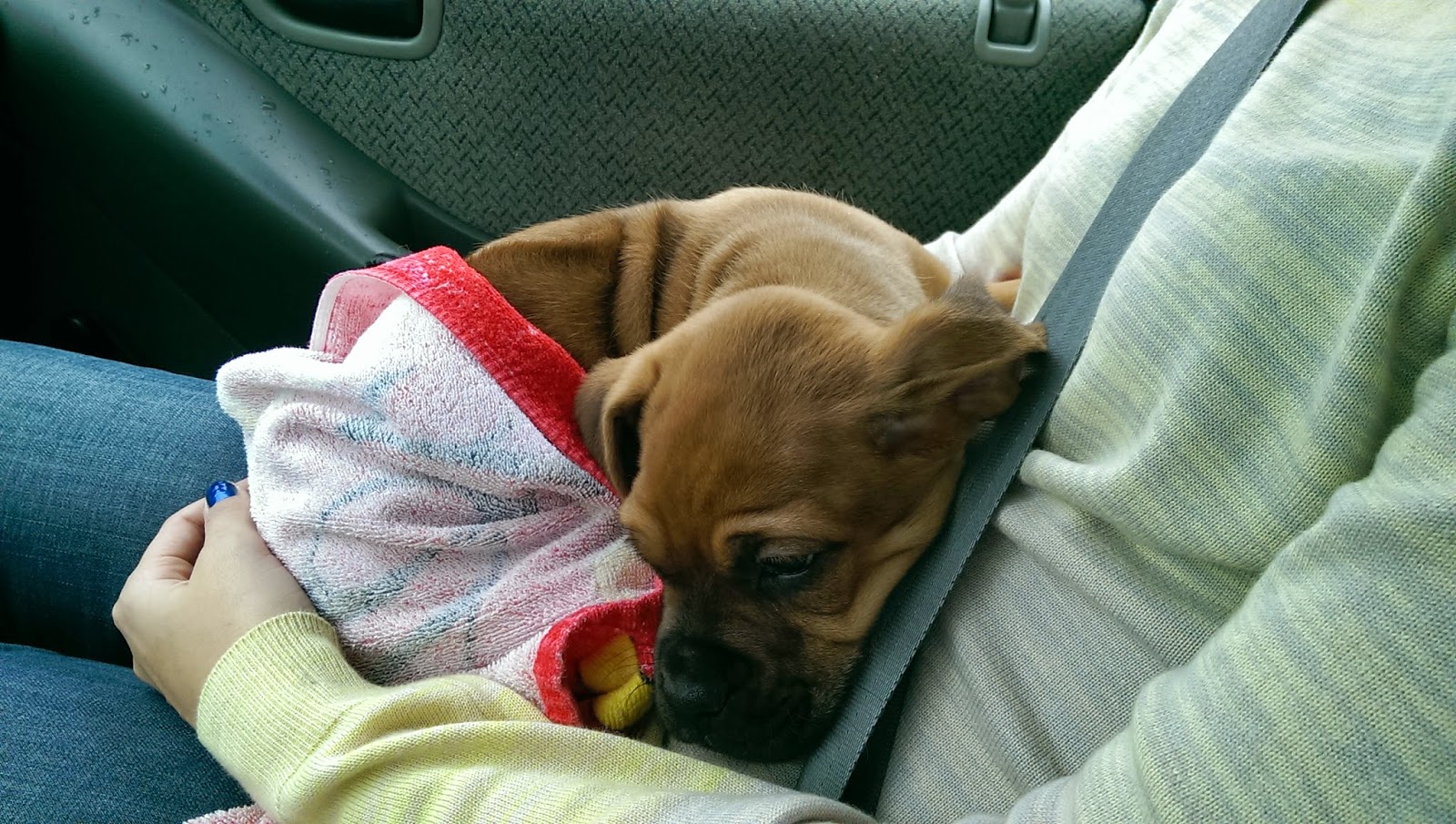 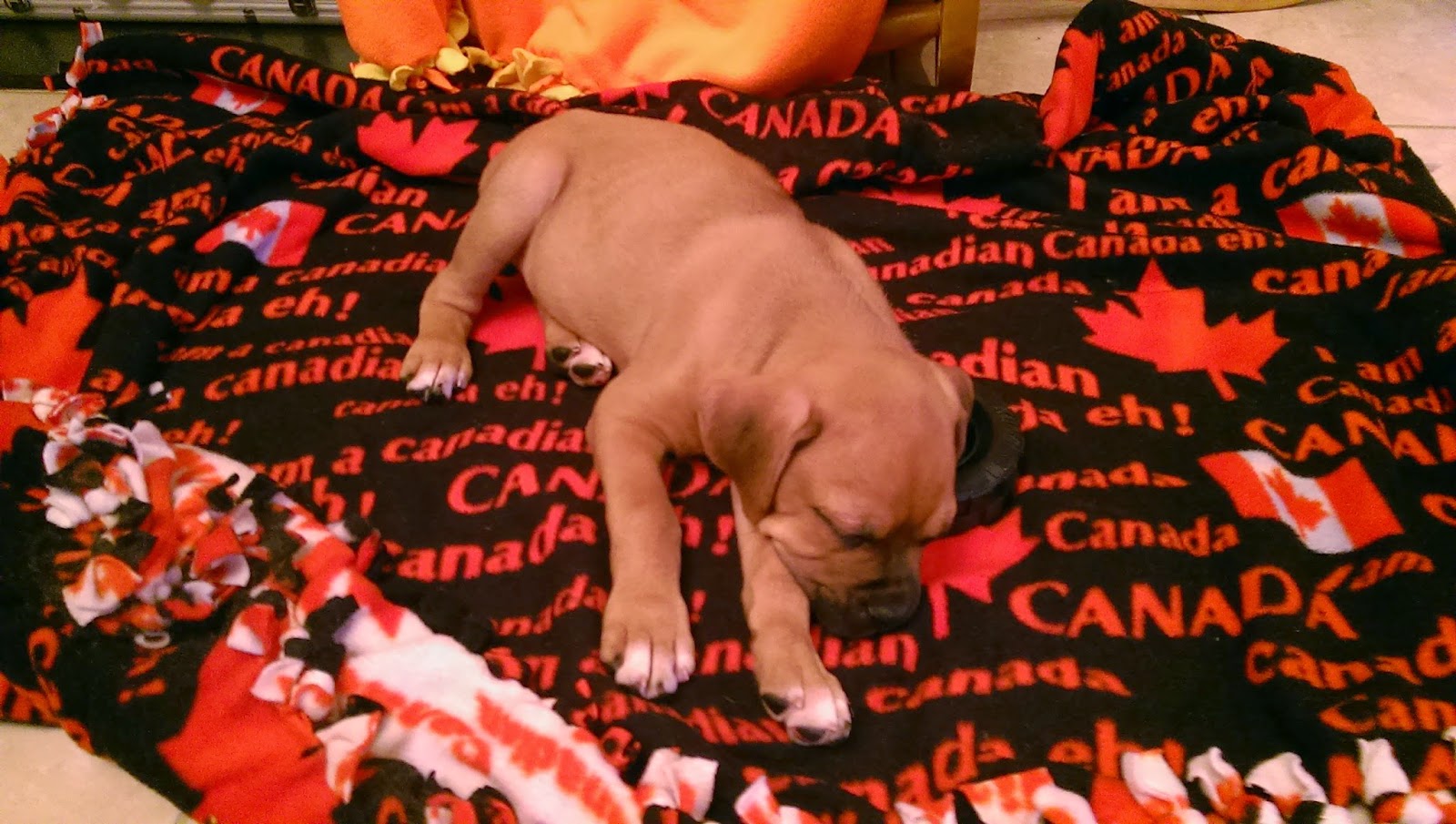 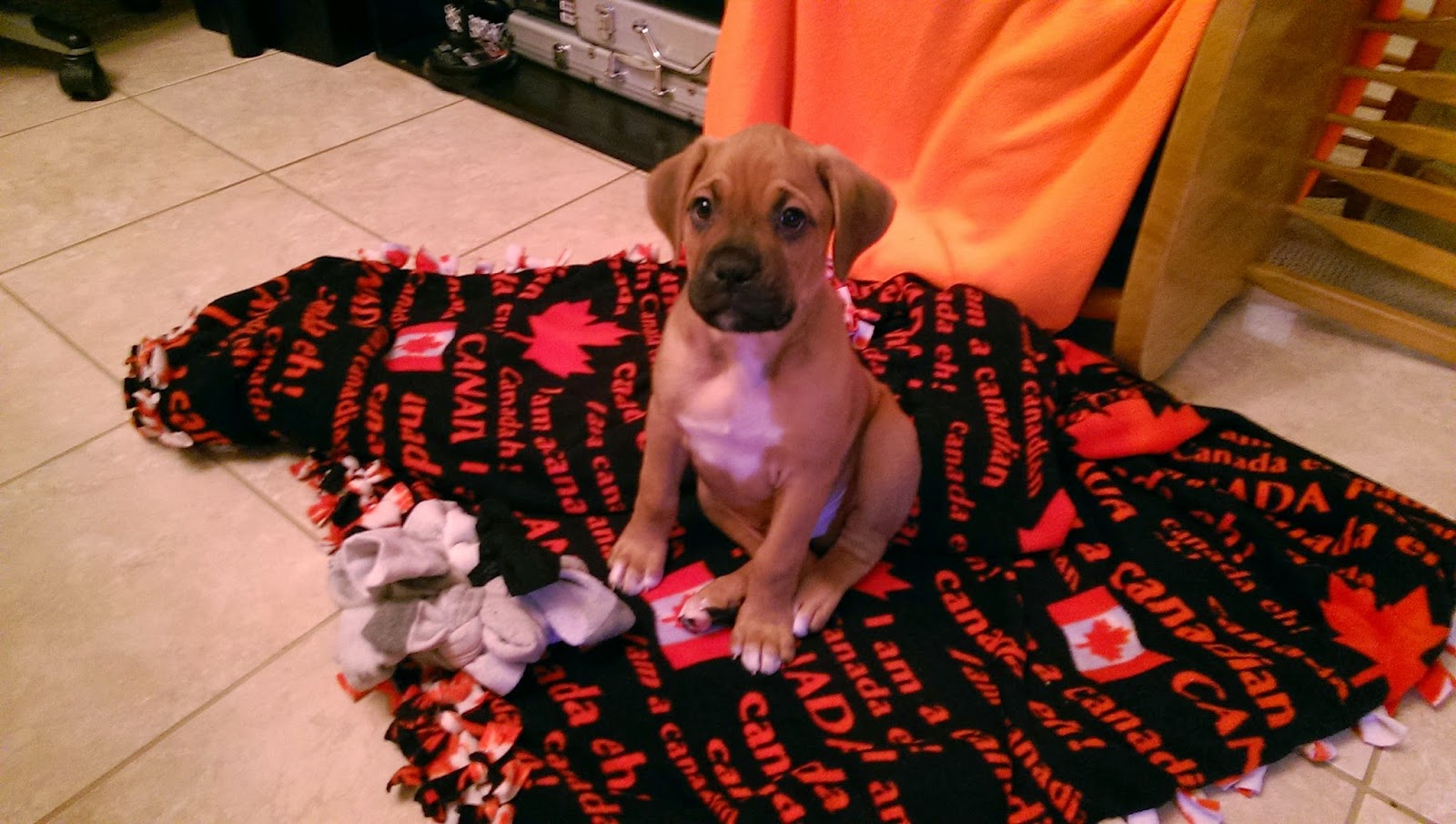 
He is now weighing in at about 60lbs and, yes, I know I might be a little biased because he pretty much is my child, but he is just the best dog around.  Because he is a ridgeback he has this wicked little mohawk on his back which is always raised, and then gets even more puffed up when he's playing around or on high alert (see the dark stripe in the pics below). He has the awesome scrunchy wrinkly face of a boxer, but again because of the ridgeback it's not completely smooshed in! 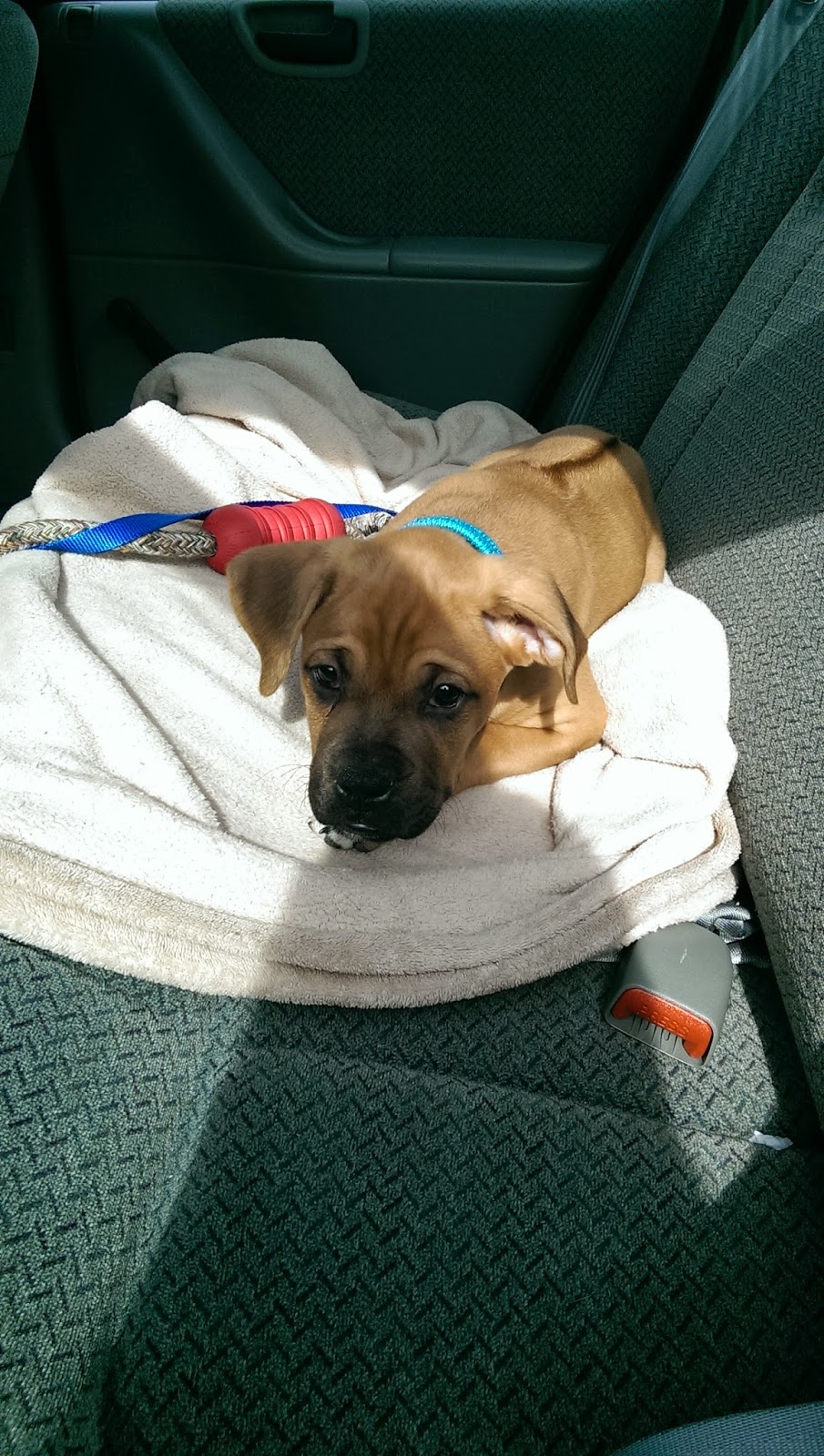 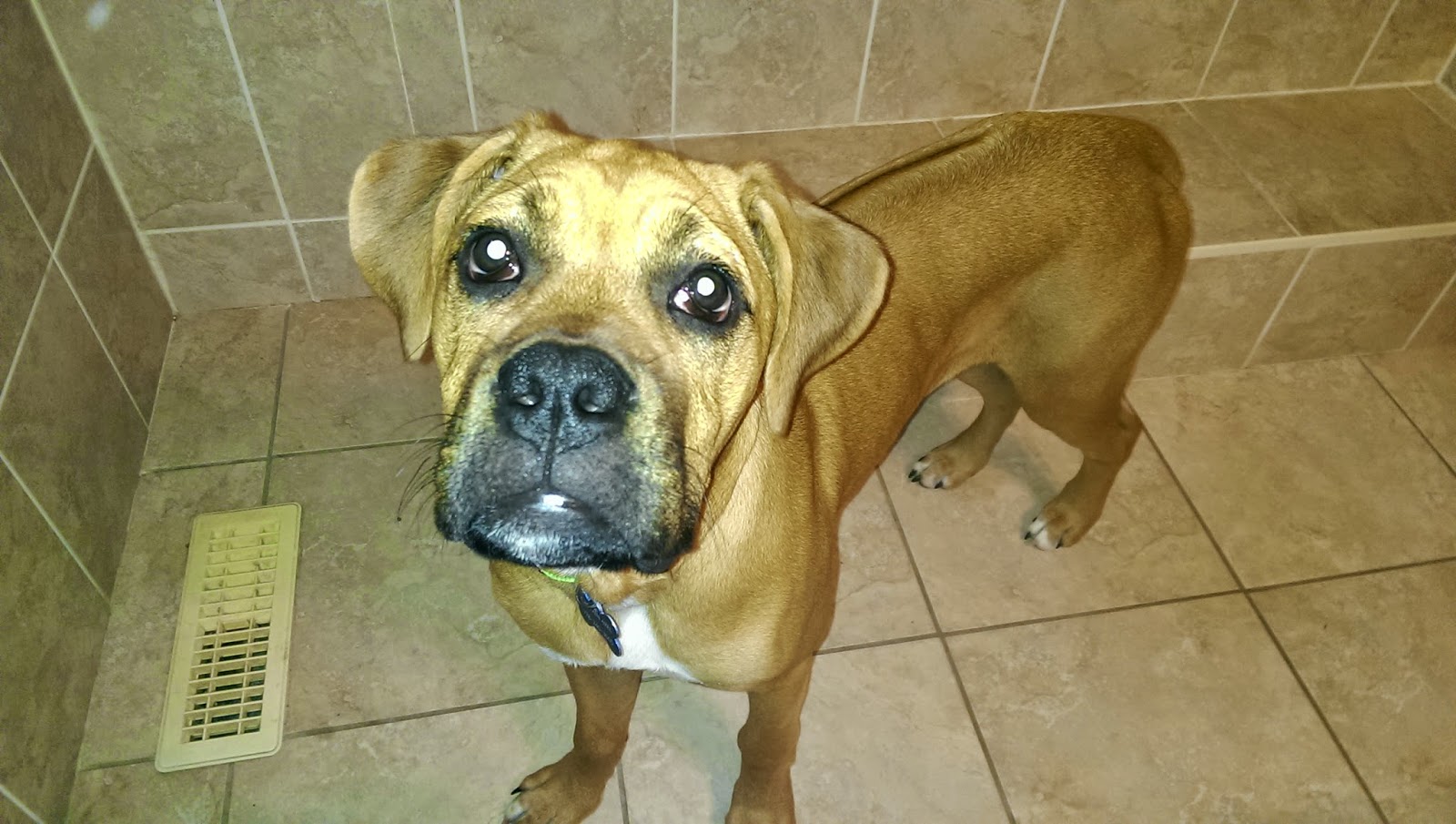 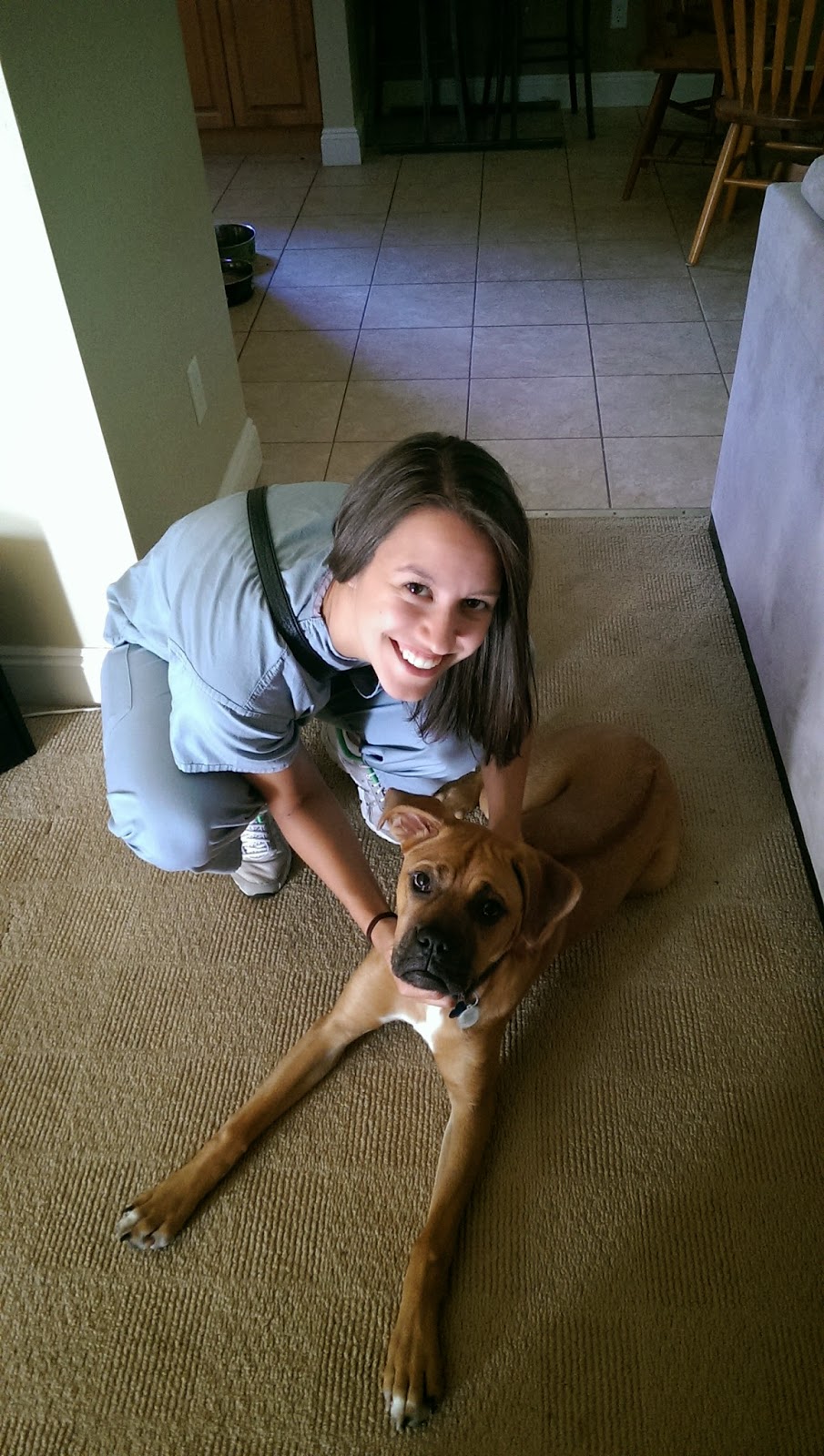 Captain has an awesome temperament. The boxer in him is very loyal and eager to please, but the stubborn ridgeback balances him out so he's not quite so needy. My husband and I take him out to the dog park just about every weekend and he can literally play with any size, shape, or breed of dog. He's good buds with an almost 150lb Great Dane named Apollo, but also has a sweet little love affair with Ollie the Boston Terrier. 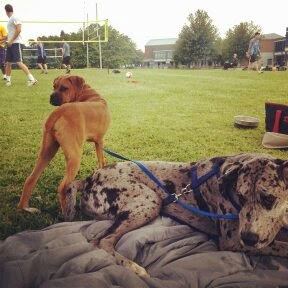 (Captain & Apollo hanging out at a volleyball tournament with us)


I have to admit I was pretty nervous about getting a dog (I grew up with only cats in my family home), but Mark had owned a few dogs in his family home and I was confident he would show me the ropes.

Well long story short, Mark realized how much work his parents must have done raising his childhood pets, because it was a lot more work then either of us anticipated. We had a few rough nights, and lets be honest a few angry nights or mornings waking up to messes and arguing about whose turn it was to clean up or take the pup out, but all in all Captain has been an amazing addition to our home.  He easily learned to sleep through the night with minimal whining, by six months old we were accident free in the house, and he was pretty quick to learn some basic commands.

We've had a few small hiccough here and there (worms - yes I literally had to pull it out of his bum!, a bad coughing virus - similar to kennel cough, and even recently a tumor scare) but thankfully he has always come back from the vet happy and healthy!

He is quite the little cuddle bug and has the most unique personality. He will eagerly await us at the door with his stubby little tail just going nuts, and tries to sneak in cuddles every chance he gets. If I'm on an evening shift at work, I frequently come home to my hubby and Captain spooning on the couch or even sometimes in bed, and I swear to you this dog knows how to use a pillow like a human!

Well that is all for now, but trust me I will have lots more pics and updates to share about this new love in my life!


I would love to see pics and hear about your pets too:)

Email ThisBlogThis!Share to TwitterShare to FacebookShare to Pinterest
Labels: Pets