The other weekend Captain got to meet up with one of his best buds, Apollo, the Great Dane, at the Brookswood Dog Park in Langley.  Apollo's owners are Matt & Nicole (Nicole has a blog, Nicolejoycedevries). Only Matt was able to join us for this particular visit, but of course the pups still had a blast together as usual. 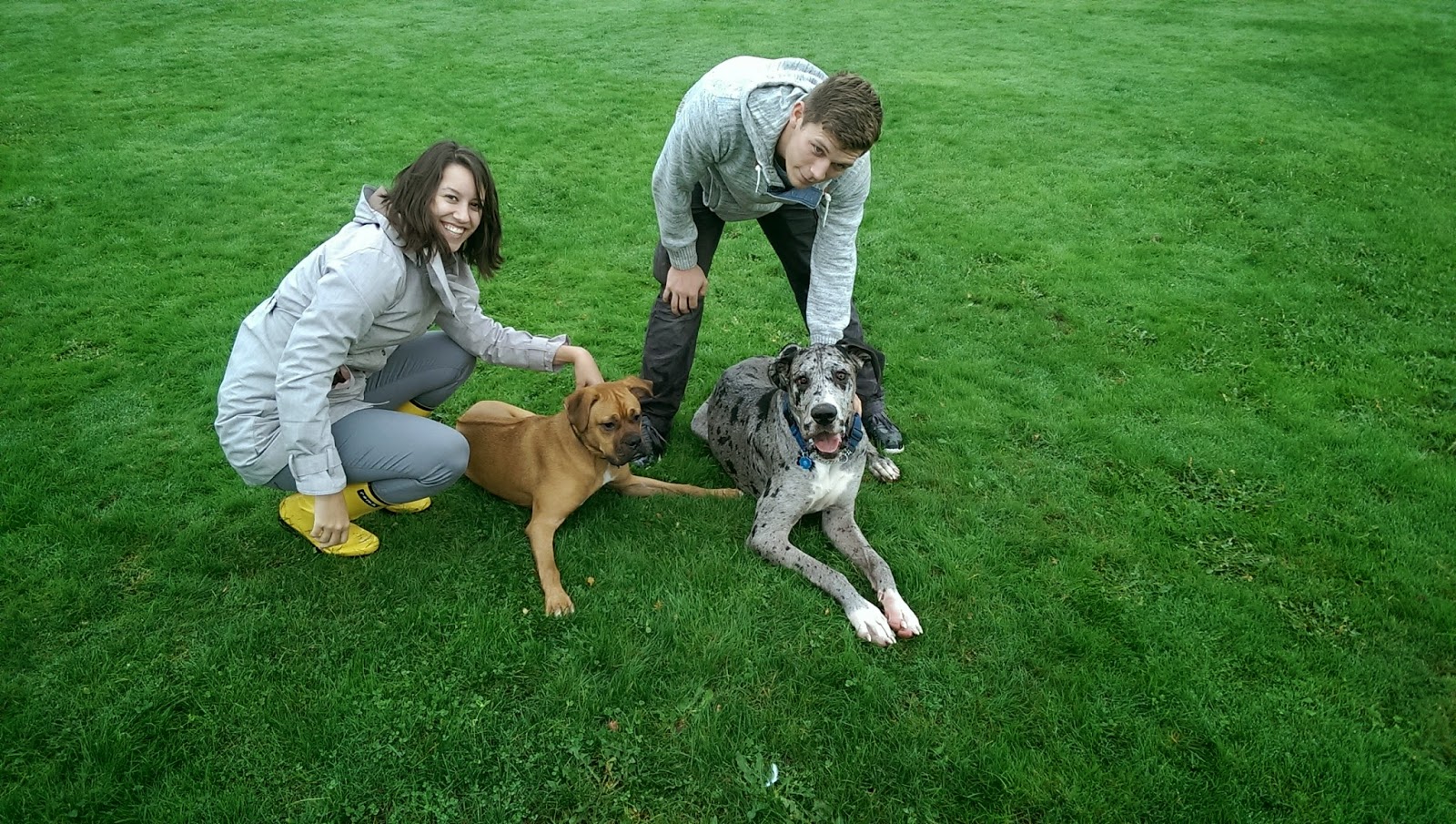 Matt and Captain have a particular fondness for each other, so we have to be careful Apollo doesn't get to jealous, hehe! But all in all it's always a fun, and exhausting day when these two pups get to hang out! 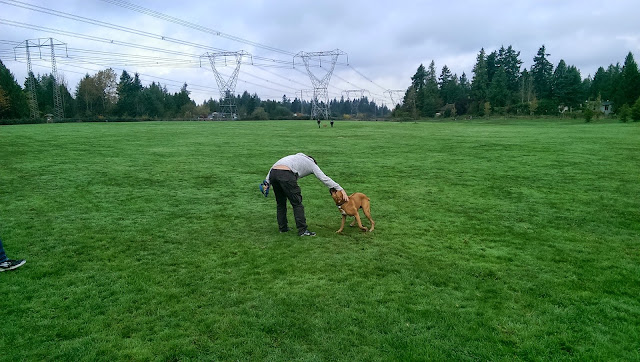 They played endlessly at the Brookswood Dog Park, running, jumping around, knawing on each other, pinning each other down. It's so funny watching how the different dogs interact with each other. Captain gets along pretty well with any dog, but there's definitely a few that he has a particular fondness for. 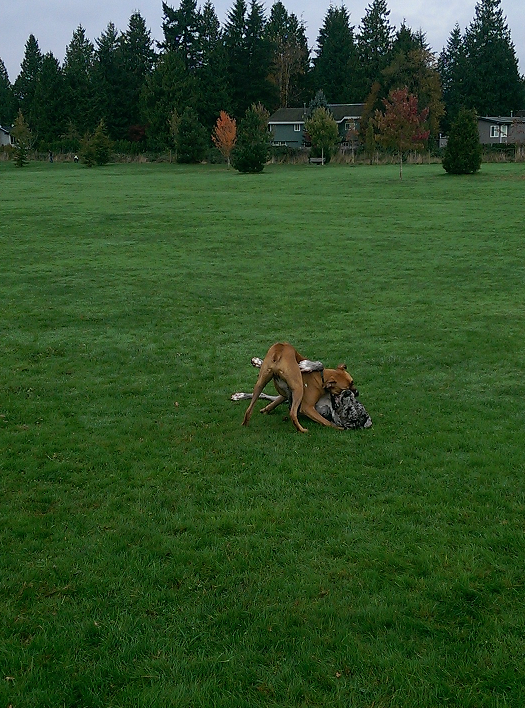 It just amazes me how much they pester each other, and are so rough sometimes, but they just seem to totally eat it up, and love it even more.

It reminds me how I image young boys probably rough house together. I grew up in a house of girls, so I'm pretty foreign to the whole boys will be boys dynamic, however, I feel like watching the dogs wrestle and chase at the dog park is probably a pretty accurate assessment! 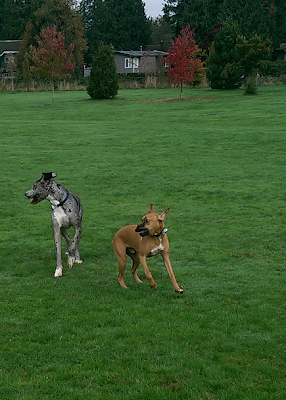 After about a solid hour of taking their turns pinning each other down, and chasing after each other, the pups, and us owners (let's be honest, mostly us owners), we're exhausted, so it was time to say our goodbyes and head home.

We rinsed the pups off as best as they'll tolerate and then loaded up the cars and headed home. Captain was asleep in the car only minutes after being loaded up! All in all, a wonderful day! 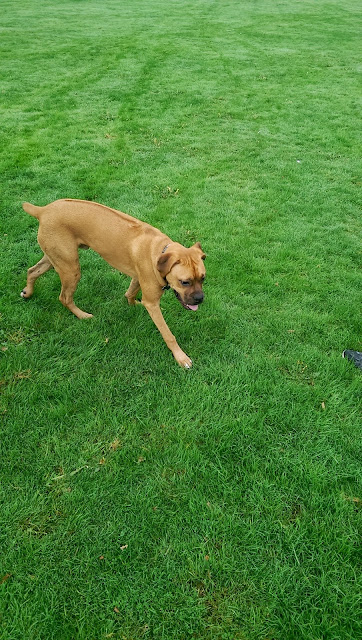 I'd love to hear if your pet has a favorite friend, or favorite spot to play around!